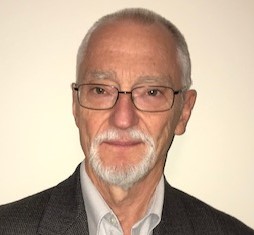 Terry Smith joined iNEMI in August of 2021 as a project manager focused on optics and optical packaging. He previously worked with 3M’s Fiber Optics and Corporate Research Laboratory in St. Paul, Minnesota, where he led their research in photonic devices and materials. During his 40-year career at 3M he directed the company’s entry into photonic device development and was also responsible for many key internal projects plus a number of DARPA and NIST funded projects in the optical area, including II-VI laser diodes, green LEDS and the development of expanded-beam single-mode connectors.

Terry was the 3M representative to the MIT MicroPhotonics Center and was co-author of the Interconnect Chapter of MIT-Photon Delta Integrated Photonics Systems Roadmap (2020). He has also been a contributing author to the OIDA (Optoelectronics Industry Development Association) technology roadmaps. While at 3M he supported the MIT-AIM-iNEMI Single-Mode Expanded-Beam Interconnect Program and has been of great assistance in promoting iNEMI's Module with Separable Single-Mode Expanded-Beam Optical Interface for Edge-Coupled PIC Optics project, which resulted from that work.

Terry has a Ph.D. in Physics from the University of Illinois in Urbana. He is based in Minnesota (United States).